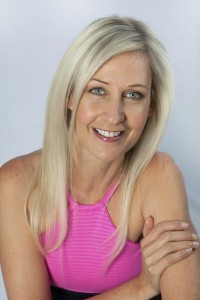 Loraine is one of the world’s leading authorities on yoga for children and teens. Having begun teaching yoga to children 16 years ago when the idea of yoga for children was a foreign concept to most and even controversial to some, Loraine was a pioneer in seeing the difference that yoga could provide. Her mission is to impact the lives of millions of children throughout the world and set the standard for children’s yoga.

Having spent over 10,000 hours teaching 1000’s of children and teens of all ages, Loraine’s methods are based on proven principles with a track record of success. She has also trained hundreds of Yoga teachers, school teachers, fitness professionals, daycare workers, etc. on how to teach yoga to children.

Loraine has developed a series of a teacher training courses that run throughout the world on how to use yoga to make a difference in the lives of children.

She is a highly sought-after speaker and trainer. Loraine has delivered professional development days for TTA & Pearson. She has also been a featured speaker for ACHPER, Australia’s Yoga Therapy Conference and Yoga Australia’s national conference.

Loraine’s specialty is developing programs that develop the “whole child” and help them develop physically, mentally, and emotionally.

As a leading Yoga instructor for children in Australia, ABC television selected Loraine to be the featured instructor on their “Yoga For Kids” DVD and CD.

Loraine is a regular contributor for AYL having written numerous articles on the benefits of yoga for children and yoga in schools.and writes the Om Kids Page for AYJ .
Loraine was trained by world renowned experts from the U.S, Australia and India. Her certifications include: