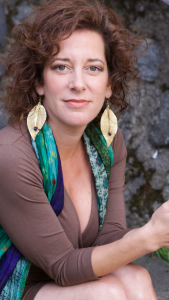 Jodi Komitor received the gift of Yoga from her parents while in her teens. With a long-held interest in teaching, she earned a Bachelors degree in Special Education from New York University, and a Masters in Learning Disabilities from Teachers College, Columbia University. Jodi spent six years in the elementary classroom, teaching children with special needs. Her enthusiasm towards Yoga with children sparked when studying with her first teacher, Sonia Sumar of Yoga for the Special Child™.

In 1998 in New York City, Jodi founded Next Generation Yoga (NGY) – the first Kids Yoga studio in the entire world.

Today, Jodi Komitor is a leading authority and pioneer in the Kids Yoga industry.

She is the founder of The Biz of Kids Yoga and a frequently sought after subject expert, mentor, speaker, educator, coach and writer. She is the author of the best-selling book The Complete Idiot’s Guide to Yoga with Kids (Macmillan 2000), the star of Activity TV Yoga for Comcast on Demand and Gaiam, the Kids Yoga expert on Grokker and the creator of Whale Yoga DVD.

She is most proud of having taught Yoga to thousands of children around the world and certified hundreds of Kids Yoga Teachers in the Next Generation Yoga Teacher Training.

Jodi’s Kids Yoga certifications include Yoga for the Special Child™, YogaKids®, Radiant Child Yoga Program® and Integrative Movement Therapy™ for Children. Jodi has completed a 300-hour adult yoga certification with the American Yoga Academy as well as a 200-hour Seven Spiritual Laws of Yoga Teacher Training with the Chopra Center.

In addition to her commitment to her own Yoga and meditation practice, dancing, personal development, time in nature, being Aunt JoJo and connecting in community; Jodi is passionate about volunteering with foundations that support her mission with children. She is an Ambassador for Africa Yoga Project as well as a proud sponsor of a teenager in Uganda. As well, Jodi serves as a Board Member for Kids for Peace 501(c)(3).

Currently, Jodi resides in the Bay Area. Furthering her education, she continually seeks new Yoga classes and spiritual teachers to enhance her offerings; however, she claims that children are her best teachers.